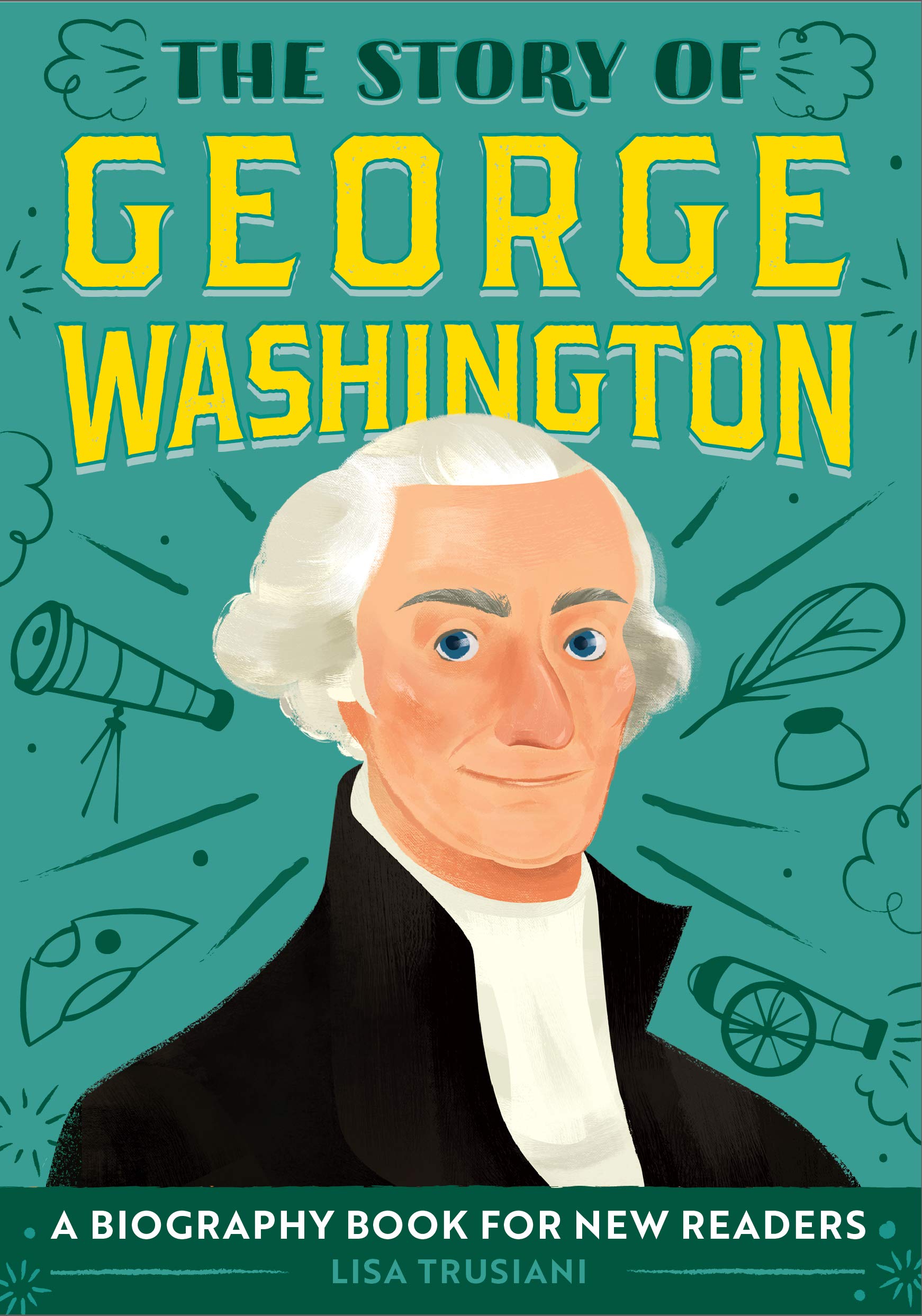 George Washington became the first president of the United States of America and is known as the father of our country. He won the fight for American independence from England, but before that, he was a hardworking kid who enjoyed challenging himself in school and sports. He learned that overcoming challenges in his life would help make him a great leader.

Explore how George went from being an ambitious farm boy in Virginia to the most well-known founding father in American history. How will his revolutionary spirit inspire you?

This book about George Washington for kids includes:

If you’ve been searching for fun, colorful books about George Washington for kids, look no further―this one has it all!

Look into the life of George Washington:

George was 11 years old when his father suddenly died. It turned George’s life upside down. There wasn’t money for George to go to school in England like his older brothers. George needed to make money. He was hired to explore Lord Fairfax’s land. George measured the land and wrote reports about its trees, water, and animals.

He became known for his strong leadership and bravery

When George’s brother Lawrence died, George took his military job. At the start of a battle during the French and Indian War, the officer in charge was shot. Without him, his soldiers lost courage, except for one. As fast as lightning, George rode his horse into the battle.

George made a name for himself in government

In 1776, George traveled to Philadelphia, Pennsylvania, for a meeting called the Second Continental Congress. Here, representatives from all 13 colonies met to create a new country. They wrote a document called the Declaration of Independence. Representatives at the Second Continental Congress asked George Washington to lead the new country’s army.

He became the first president of the United States!

For the eight years that George was president, there was peace. The country had to decide where its new capital would be. George helped pick the spot, right on the border of Virginia and Maryland. He helped design the city and the White House. The representatives in Congress voted to name the capital of the United States after George, so they called it Washington.