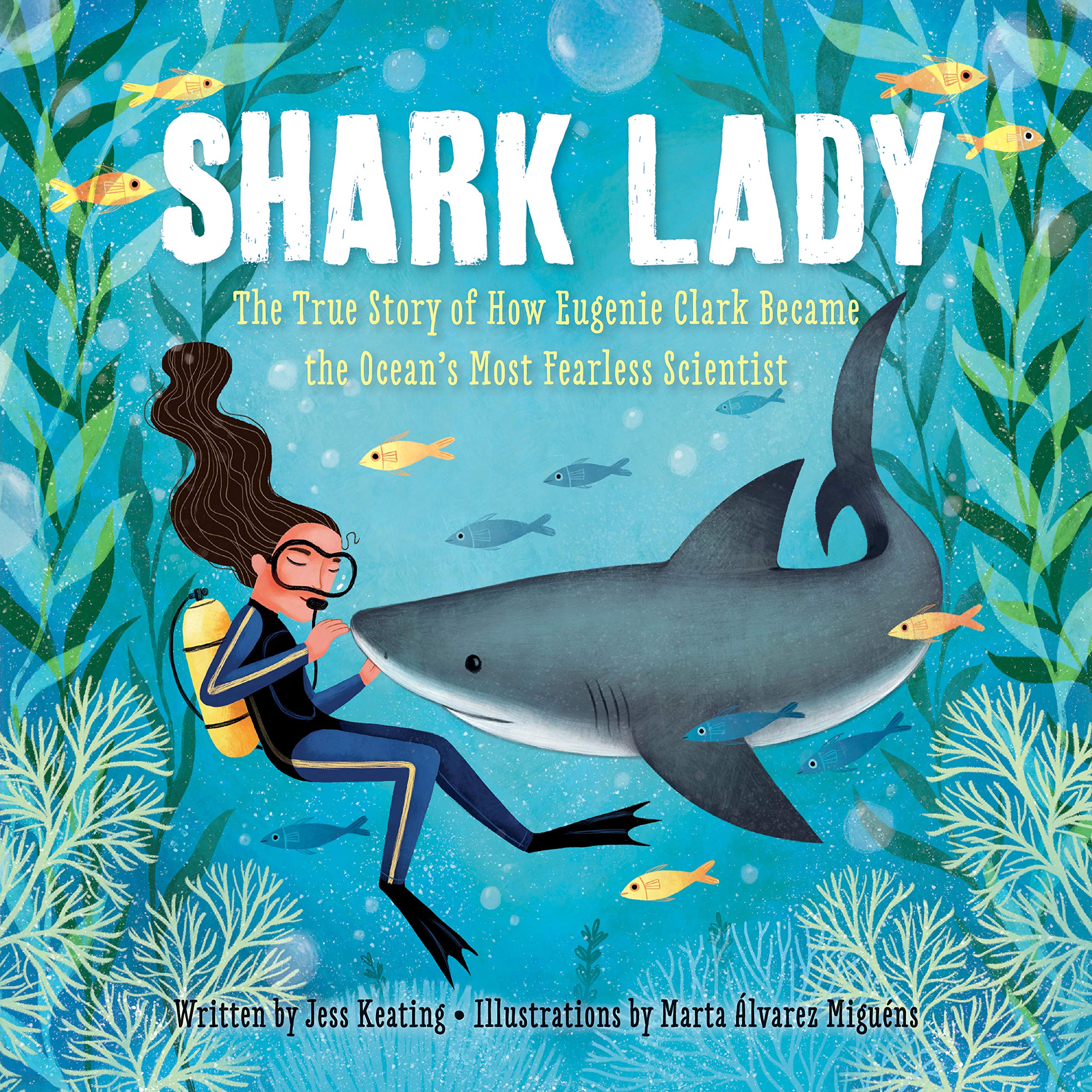 One of New York Times‘ Twelve Books for Feminist Boys and Girls!

Eugenie Clark fell in love with sharks from the first moment she saw them at the aquarium. She couldn’t imagine anything more exciting than studying these graceful creatures. But Eugenie quickly discovered that many people believed sharks to be ugly and scary―and they didn’t think women should be scientists.

Determined to prove them wrong, Eugenie devoted her life to learning about sharks. After earning several college degrees and making countless discoveries, Eugenie wrote herself into the history of science, earning the nickname “Shark Lady.” Through her accomplishments, she taught the world that sharks were to be admired rather than feared and that women can do anything they set their minds to.

An inspiring story by critically acclaimed zoologist Jess Keating about finding the strength to discover truths that others aren’t daring enough to see. Includes a timeline of Eugenie’s life and many fin-tastic shark facts!

The perfect choice for parents looking for:

Be the first to review “Shark Lady: The True Story of How Eugenie Clark Became the Ocean’s Most Fearless Scientist (Women in Science Books, Marine Biology for Kids, Shark Gifts)” Cancel reply