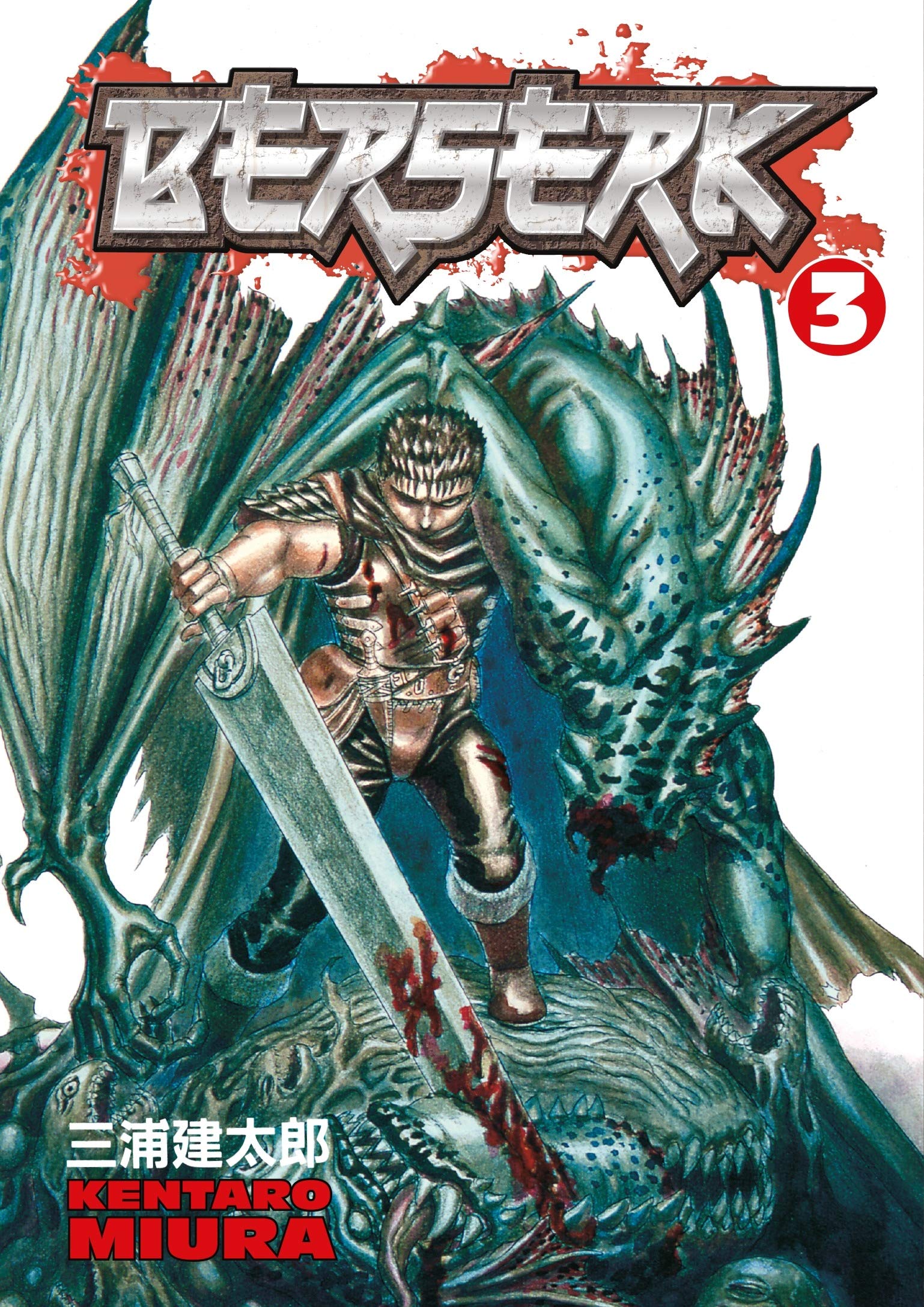 Guts, the feared Black Swordsman, finishes his desperate battle with the monstrous Count, cutting and blasting him to gory scraps when the presence of the Count’s daughter makes the monster hesitate. But Guts won’t even have the time to clean his gigantic sword when the Count’s dying pleas activate the Behelit, summoning the five God Hands, demon lords of immeasurable power. Guts’ journey so far has been a long road of pain and death, but that’s a walk in the park compared to fighting his way out of Hell itself!

No Guts, No glory!

Kentaro Miura’s Berserk has outraged, horrified, and delighted manga and anime fanatics since 1989, creating an international legion of hardcore devotees and inspiring a plethora of TV series, feature films, and video games. Have you got the Guts? Find out by catching up on the beloved manga!

Catch Up From The Beginning

Start at Volume 1 and work your way to the top!

Stay Up On The Newest Releases

With over 40 volumes and counting stay up on the newest releases.

Perfect For Fans of Adult Manga

Berserk is one of the longest running manga series around for a reason. Not for the squeamish or the easily offended, Berserk asks for no quarter – and offers none! See what legions of fans have been raving about.

Feel the action as you are immersed in the hundreds of pages of ultra detailed art per volume.

Often referred to as the Game of Thrones of manga, Berserk is a dark fantasy set in a medieval Europe inspired world.

With 40 volumes and counting, start that the beginning or catch up on more recent volumes!

His name is Guts, the Black Swordsman, a feared warrior spoken of only in whispers. Accompanied by Puck the Elf, more an annoyance than a companion, Guts relentlessly follows a dark, bloodstained path that leads only to death…or vengeance.

The evil Count uses his powers to transform a defeated captain into an inhuman horror to fight Guts. Face to face with the Black Swordsman the Count reveals his true form, and even Guts’ supersized sword may not be enough for this demonic monstrosity

Berserk has conquered the worlds of manga and anime, and now comes the essential roadmap to the sprawling Berserk universe, exploring the characters, creatures, settings, and stories of Berserk’s first 38 volumes.

Guts the Black Swordsman and company reach the isle of Skellig in hopes that Elven magic can cure the afflicted Casca, but the cure could come at a deadly cost.

To cure the afflicted Casca, Guts and company battle Elf Island’s magical defenses and finally reach Elfhelm, where the elven ruler opens the Corridor of Dreams, projecting Schierke and Farnese into the forbidding wasteland of Casca’s mind.

Deep within the nightmare realm of Casca’s dreams, Schierke and Farnese battle endless horrors to reach the dark secret that has imprisoned Casca’s mind for so long.

Read Berserk the ultimate way with the Deluxe Editions! Check out the first ever Berserk Novel.

The reigning king of adult fantasy manga now in deluxe 7×10 hardcover editions, this crossroad will take Guts to fame and glory . . . and to damnation! Collects Volumes 4-6 of Berserk.

The hundred-year war between the kingdoms of Midland and Tudor nears an end as the legendary Band of the Hawk mercenaries and the fearless berserker champion Guts, turn the tide in Midland’s favor. Collects volumes 7-9 of Berserk.

Guts, the feared Black Swordsman, has saved the Band of the Hawk mercenaries from the army of Midland, but he must now descend into the dungeons of Windham Castle to liberate the Hawks’ charismatic leader. Collects Berserk volumes 10-12.

Be the first to review “Berserk, Vol. 3” Cancel reply